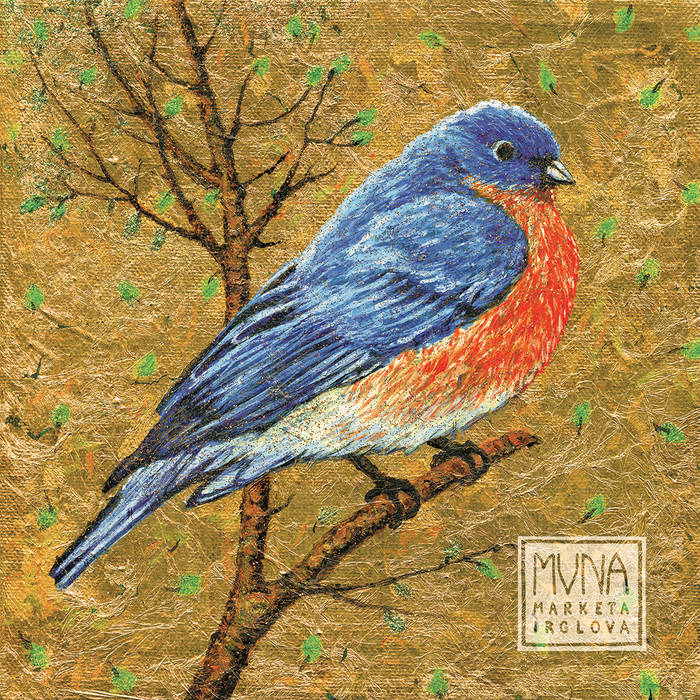 Jesús Rodrigo Díaz Téllez It's genius. It comes from the heart, it's real music. I love the lyrics. It's a good step from ANAR. Favorite track: Fortune Teller.

Tim Evans It is as if Marketa transports you to a place of total peace then creates landscapes for you to explore. A treasure of an album.
more...

Tourist In The City

Muna is the second solo record by Marketa Irglova. Thematically, unlike the previous album Anar, which in its nature focused on the dynamic of intimate, personal relationships, Muna is an internal dialogue of a spiritual nature. It is a collection of 11 songs written over the course of a year and recorded in several session over the course of six months. 27 musicians and vocalists participated in the performance of these songs, among which are Rob Bochnik from The Swell Season/The Frames, an iranian daf player and vocalist Aida Shahghasemi, Shazhad Ismaily, Una Sveinbjarnardóttir and Zuzana Irglova.

Muna means to remember in Icelandic and was chosen as a title for this album since remembering that which had been forgotten is a running thread and a re-occurring theme throughout this record. Muna was recorded, mixed, mastered and produced in Iceland by Sturla Mio Thorisson and is being released on Anti records.

All songs written by Markéta Irglová, with the exception of 'The Leading Bird', written by Aida Shahghasemi and Markéta Irglová; and performed by MARKÉTA IRGLOVÁ on piano and vocals, AIDA SHAHGHASEMI on daf and vocals, ROB BOCHNIK on electric + acoustic
guitar and vocals, STURLA MIO THORISSON on percussion and vocals, FRANK AARNINK on percussion, SHAHZAD ISMAILY on percussion and banjo, UNA SVEINBJARNADÓTTIR on violin, BRYNDÍS HALLA PÁLSDÓTTIR on violincello, KATIE BUCKLEY on harp, BORGAR MAGNASON on upright bass, TIM ISELER on electric bass, HELGI HRAFN JÓNSSON on trombone and vocals, KARÍTAS ARNÝ STURLUDÓTTIR on vocals and laughter, VALGEIR SIGURÐSSON on rhodes, HÖRÐUR ÁSKELSSON on organ, a choir from New York : ANTHONY LAMARCA, AARON ROCHE, WHITNI ROCHE, NICHOLAS ZORK, NOELIA ZORK, and a choir from Reykjavík : ELFA MARGRÉT INGVADÓTTIR, KRISTÍN ERNA BLÖNDAL, ÖRN ARNARSON, HILDIGUNNUR EINARSDÓTTIR; GUÐMUNDUR VIGNIR KARLSSON, BENEDIKT INGÓLFSSON.
MUNA was recorded at the GREENHOUSE STUDIOS in Iceland, with additional recording at PAT DILLETT'S studio in New York, and the exception of 'Point of Creation' recorded at HALLGRÍMSKIRKJA, a church in Reykjavík, with the permission of JÓNANNA BJÖRNSDÓTTIR.

Bandcamp Daily  your guide to the world of Bandcamp